“Tim and I can't thank Leah and staff enough for Dogs Unleashed. Our boys have been coming here over 3 years now the look on their faces when we pull up to the center is worth all of it!” 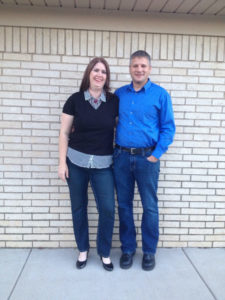 Lea Van Vleet has a life long love of animals going back to her childhood in East Texas. Growing up in the country she cared for almost every kind you can think of and from a very young age. I’ve heard stories of everything from your standard cows, pigs, chickens and horses to emu, one-eyed peacocks, raccoons, squirrels, deer and a coyote. But who didn’t have a coyote growing up right? I frequently refer to her childhood self as Ellie Mae Clampet.

Lea had several dogs on the farm including a Spitz named Snapper that would ride horses. But the most memorable one was a cow dog named Bo, a Border Collie/Red Heeler cross that she got at the age of nine. But I’ll tell you more about him later.

The very next year after she got Bo she got another animal that would prove very defining in her life, it was her horse Butterscotch. On what should have been an over-joyous day for a little girl who always wanted her own horse, she was upset. You see it was a March morning, pouring down rain and she had to go to school when her new baby colt was foaled in the pasture. I’m sure she paid no attention in class that day and thought of nothing other than Butterscotch.

Never one to be discouraged Lea was with him on his second day and continued to work with him everyday until he was two. During that time she saddled and un-saddled, brushed and bridled, lead and loved him so much that he trusted her for everything. It was excruciating, but she waited until he was exactly two-years-old to the day when she saddled up and rode Butterscotch without a hitch. Lea broke her first horse to ride at age twelve without any breaking involved, just love, trust and patience. 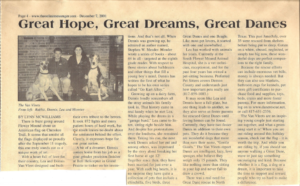 Her first job was at a veterinary clinic while she was still in high school. In addition to treating  cows, horses and farm dogs they also performed services for Black Beauty Ranch who does extraordinary things in the rescue of exotic animals. It’s not every first time vet-tech who can say they helped remove tumors from an arctic fox.

Almost every job in her career has been in pet industry or animal husbandry. Lea excelled at Petland of Tyler because their extensive training on all species was fodder for her animal knowledge sponge-like brain. I know what you’re thinking, “But Petland is an evil mover of puppy mill puppies!!!” Petland of Tyler was different in that the franchise owners at that time believed in rescue.  In fact all of their puppies and kittens were from the shelter and for adoption, not for sale. It was from there that she learned both the seriousness of pet overpopulation and the importance of being proactive animal rescue.

Lea went on to manage two large pet stores in DFW with hopes of changing them from the inside out, through education and example. While she was successful in converting one of the stores to all rescue kittens, she was unable to get them to see past profits of puppy sales and so left the pet store racket altogether. 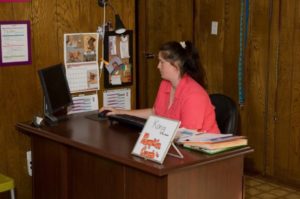 She took some time off to have our first of four human babies but it was impossible to keep her from working with animals. Her love for our special needs Great Dane introduced her to Great Dane Rescue of North Texas (GDRNT). It started out simple enough, “we just keep an extra Great Dane in our home and love it until it gets adopted.” Lea told me. “Uh huh. Riii-iight!” I said. Fortunately, the most  Great Danes we ever had in our home was eight!

With GDRNT, her vet-tech experience proved useful in tracking and scheduling the medical health of the hundreds of Danes under her responsibility. Her sponge-like brain for soaking up animal knowledge also proved useful as an Evaluation Home where all of the most challenging and sometimes most heart wrenching cases came straight out of the shelter. It was Lea’s job to determine which dogs got along best with which other dogs, species and people -big and small- before they went to foster homes and on to permanent homes.  While she loves to see a foster dog find a home, she says, “It’s always a bittersweet moment.”

“Tim and I can't thank Leah and staff enough for Sigs Unleashed. Our boys have been coming here over 3 years now the look on their faces when we pull up to the center is worth all of it!”